The huge Blue Monster wants to immediately catch you in its paws and give you a proper hug! But you don’t really want this, because the cute bear has huge sharp teeth in its mouth. Therefore, collect food, eat, and try to run away from the Blue Monster, also do not crash into the balls, because they will slow you down for a while! Buy bombs in the store that can blow up balls that interfere nearby, as well as stun the Blue Monster. You can also buy a rage knife, with it you will become invulnerable for a while, and you will also be able to cut every obstacle in your path, including the Blue Monster!

How to play Escape from Blue Monster?

Collect as much food as you can while trying not to touch the balls and run away from Blue Monster! Control: Mouse (or motion joystick on mobile devices) - movement. Z - use a bomb. X - use the knife of rage. 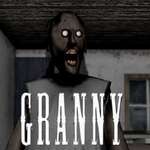